Executive Media Training – How it Benefits Celebrities and Businesses 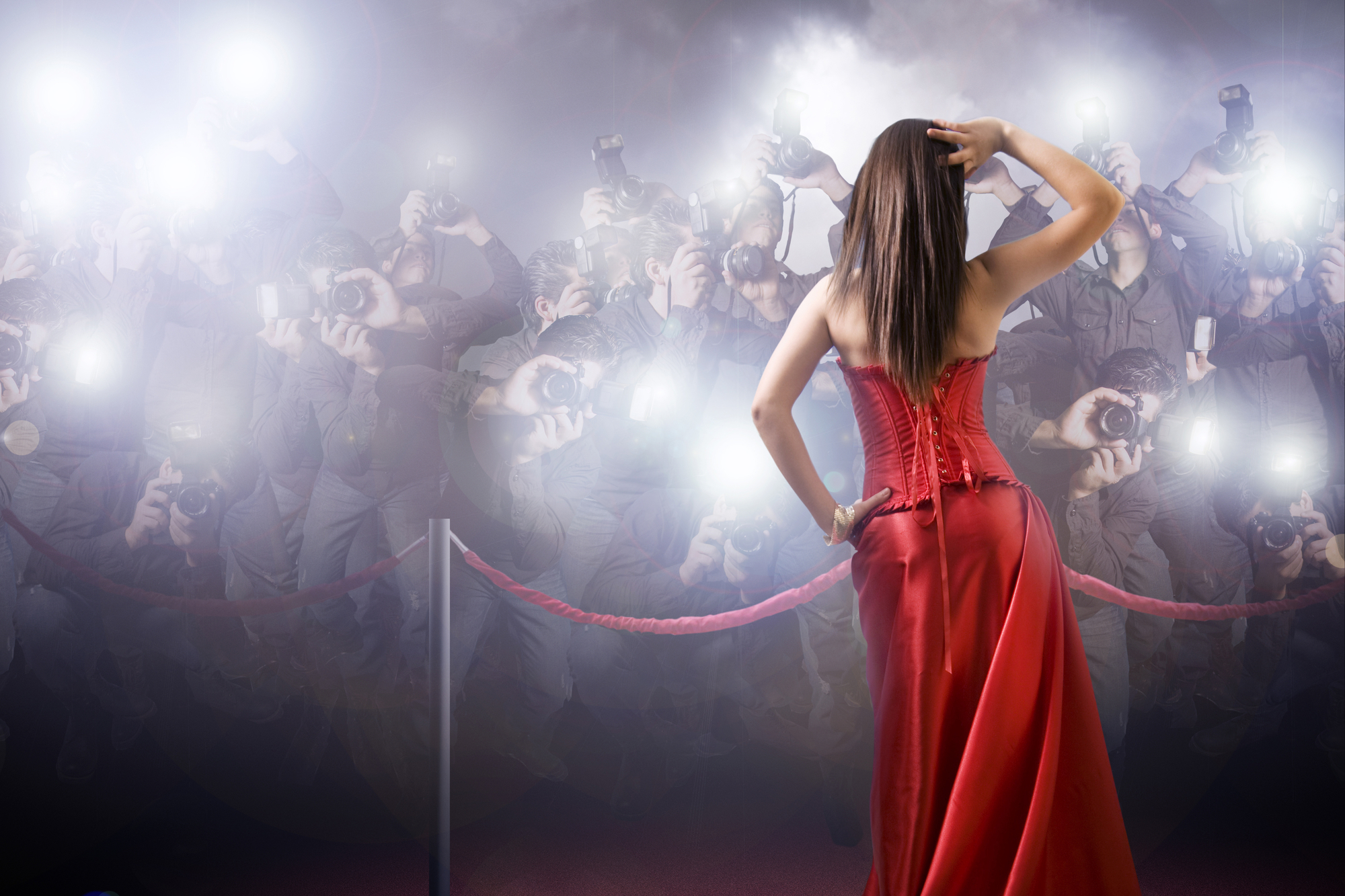 PR is only helpful if done correctly–DRIVEN unpacks how media training can lead to success in your respective industry and why a lack of it can be so detrimental to a career.

Getting caught with your pants down? Not the look that anyone who wants to be in the spotlight is avidly looking for.

Tabloids have always been brutal– but nowadays, with the accessibility of the Internet and the culture of opinion pieces, it seems more important than ever to be well–versed in how to side–step controversy. As a result, media training has never been more crucial.

That’s why companies like DRIVEN360 specialize in preparing our clientele for all situations that could result in a sticky headline if not appropriately handled.

Founded by international broadcast media personality and media trainer Mike Caudill, DRIVEN360 is a modern public relations firm that prepares your senior executives, spokespeople, and other company representatives – like influencers or celebrity sponsors – with one of the most intense and comprehensive media training and crisis communications training programs available anywhere. With over 50 years of experience, our executive media training program for your corporate communication needs is ready to take your team to the next level.

DRIVEN360’s deep experience in executive communications ensures that those personal brands are protected… even from the most vitriolic Instagram story exposé infographics.

They’ll Eat You Alive – So Be Prepared

It isn’t news that if your company gets traction and recognition, there will be those who have negative opinions about it. But unfortunately, a disheartening trend of tearing apart successful women who have made a name for themselves in the media has been prevalent since the days of Marilyn Monroe and earlier. For a short time, success may bring praise, but soon after, people with a mob mentality will want to dig up dirt.

Singer-songwriter Taylor Swift has spoken on this topic extensively– hitting on her experiences in the limelight for the more significant part of her lifetime. In her hit song “The Man” off the Lover album, Swift delves into a theoretical world where she asks the question– if she had gotten her fame as a man, would she have been held to a different standard?

“I wrote [the song] from my personal experience, but also from a general experience that I’ve heard from women in all parts of our industry… So many of these things are ingrained in even women’s perceptions, and it’s really about re-training your brain to be less critical of women when we are not criticizing men for the same things. So many things men do, you know, can be phoned-in that cannot be phoned-in for [women] … We have to curate and cater everything.” (Billboard’s Woman of the Decade Article, Extended Version) 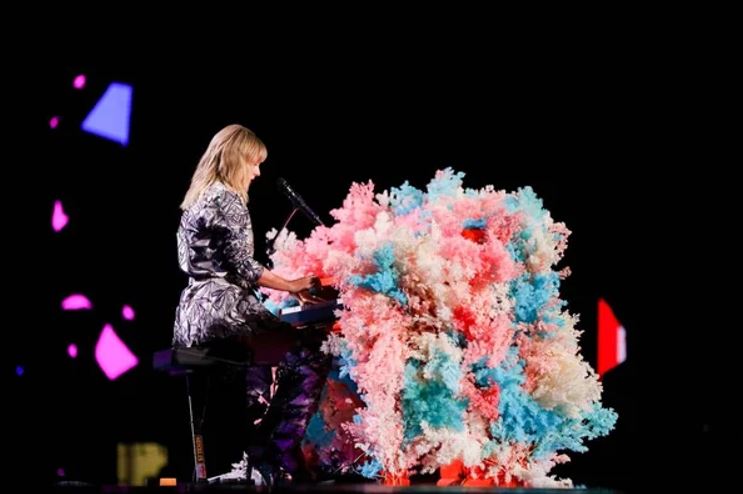 Taylor Swift at the piano, performing her Lover album on tour

Media training will look different for a male CEO than for a female business owner. Gender disparity is only one factor that goes into nuanced media training. Society, over time, has historically held different people to different standards, so naturally, handling the press for one person will differ for another. However, we at Driven360 have decades of experience that assure we can set ALL of our clients up for success in this dog-eat-dog industry– no matter what standards they may be held.

Your ability to deliver the right message, at the right time, in the right way will always be our goal. The public may want to burn you at the stake, but with the proper interviews and press appearances, we can shift their perception of you toward support and admiration. When a media interview is scheduled, we will show you how to get your key message delivered to your audience every time, regardless of their previous conceptions of you. Working to level the playing field, Driven360 wants the media to see the real you precisely as you want – and deserve – to be perceived.

Scandals can be expected in many positions of influence. However, if appropriately handled, these crises can be used to your advantage instead of your detriment.

Take the recent ways the Don’t Worry Darling cast and crew handled their negative media attention at the Venice Film Festival. Helmed by Oscar nominees Florence Pugh and Harry Styles, the film’s production stirred up a lot of discourse surrounding alleged tension on set. The press went wild with the juicy gossip they dug up. Oliva Wilde was deemed a villain by the Internet for seemingly bashing her lead actress to a co-worker, and thus rumors of her alleged bad blood with star Florence Pugh were simultaneously born.

Pugh, however, emerged as the hero of the tale in the eyes of the public.

Carrying herself with poise and grace, Pugh bowed–out of all future press appearances for the movie and has refrained from promoting it – unlike her other works – on her social media platforms. However, making a surprise appearance at the premiere, she was hailed as an image of dignity in light of the drama. We can infer that Flo’s decision to stay silent was likely encouraged by her receiving good training and having a sharp PR team working alongside her.

Conversely, in an attempt to squelch the gossip, Wilde has gone on to do many interviews where she’s brushed the accusations off as silly “talk” with no real grounds. However, while her continuing attempts to clear the air come across as scrambling, Florence’s silence speaks for itself.

Whether Wilde’s alleged distaste for Pugh was simply a throwaway sentence misconstrued by the tabloids or genuine infighting, it’s clear in the court of public opinion that the director has been crucified. Of course, this begs the question – why have the two female figureheads of this production become such targets? Why have the male stars in the conversation not received nearly as much backlash, if any?

Unfortunately, fair or not, as far as the media is concerned, when a scarlet letter is placed on one’s lapel, it seldom goes away. That’s why all public figures, big and small, need experts like those at Driven360 on their side.

We understand that it takes training and skill to prepare even the best and most seasoned senior executives for a moment in the spotlight. For example, Olivia Wilde has been an industry giant for years, yet her handling of out-of-control rumors caused her public image to suffer.

To prevent a slip-up like this from happening to you or your team, we want to hone in on your strengths and diminish your weaknesses. In addition, through mock interviews, your communication skills and bridging can be addressed to prepare you for the tough questions, keeping you on task and on point each and every time.

Confidence in Crisis via Media Training

The days of notes-app-apologies are long gone. Quickly having come and gone as an effective PR move in the early stages of social media, damage control like that doesn’t have to be your only saving grace if you find yourself in a scandal.

Instead of just repairing the damage, Driven360 media experts will take the time to show you how to use body language to show confidence and resolve. Then, through presentation training, public speaking, and media training, you will have the tools you need to offer up the sound bites your brand needs and show leadership in any crisis situation.

Whether serving as high-level strategic counsel, delivering on speech writing or ghostwriting, assisting with presentation writing/preparation, or other media services–our team’s collective history in handling C–Level executives for Fortune 500 companies and startups alike makes for an invaluable asset to bolster and enhance your brand. We offer public relations and media training services, including:

In the market to perfect and protect your business or personal brand? Contact DRIVEN360 and get started today.

This entry was posted in Blog. Bookmark the permalink. Both comments and trackbacks are currently closed.
About Our Work Blog Careers Contact